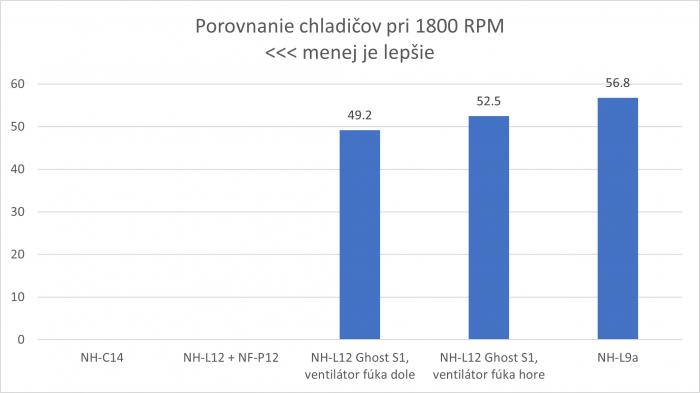 The result between L9a and Ghost S1 is relatively huge – it does not matter which way you would turn the fan, 4 heatpipes will do their thing. The truth is, that L9 still has quite big reserve, in terms of fan and power as well. At its maximum speed – 2520RPM the temperatures decreased to 51,8 degrees Celsius. 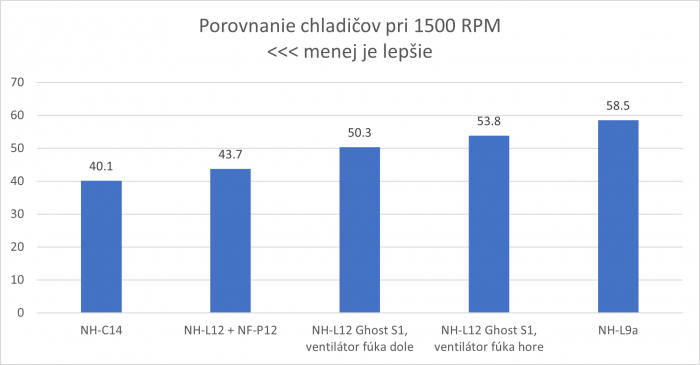 First thing I have to say is that L12 + NF-P12 should not figure in this test, since fan´s speed was constantly 1380RPM. However, the result is really interesting, mostly in comparison to NH-C14. With decreasing speed, the difference between Ghost S1 and L9a is also increasing. The difference in the last was 7,6 degrees Celsius, at 1500RPM it is even 8,2 degrees Celsius. I am still considering the orientation of the fan the way it was in the package – oriented down. 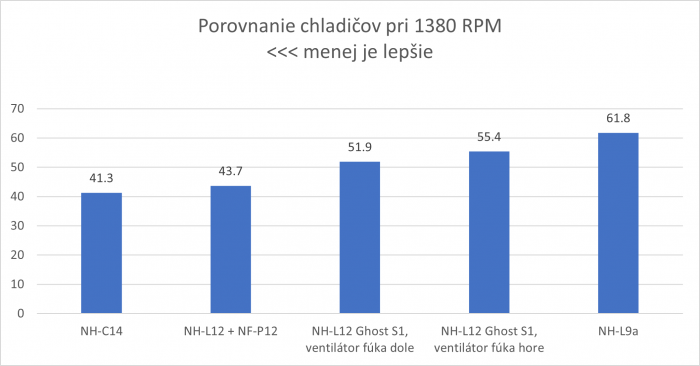 While using more powerful processors, you will have to go for a higher speed, especially with small cooler like NH-L9a. The Ghost S1 managed to cool the 3400G without any problem. If you were to put NF-P12 on it, at this speed you would get a very powerful cooler. The NH-C14 is in a league of its own. 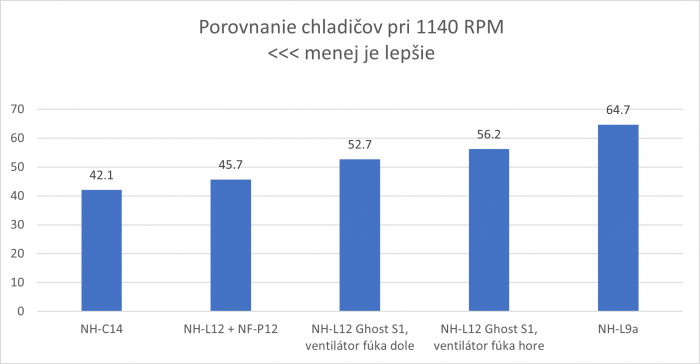 From my point of view, the 1140 RPM setting is the one that most people will try to get for the reason of the best rate in noise vs. power – however it depends on CPU as well. All of these coolers were able to cool the 3400G in terms of max. allowed temperatures. Of course, this speed is also ruled by C14, followed by L12 with 120mm fan. The Ghost S1 can cool the processor just as good. The processor ´s max. temperature here was around 75 degrees.

The NH-L9 could not anticipate in this test, since it was not able to run on such a low speed. The size of the NH-C14 expressed itself again and beat the NH-L12 with 120mm fan without any problem. The Ghost S1 did good as well, however if the cooler is in a closed case, you will have to set speed to more than 780 RPM. 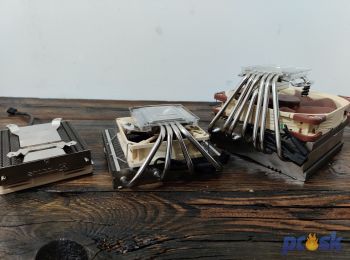 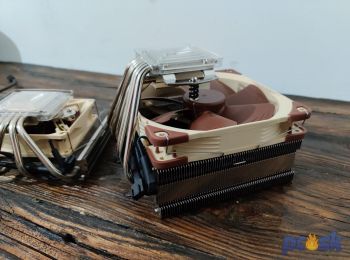