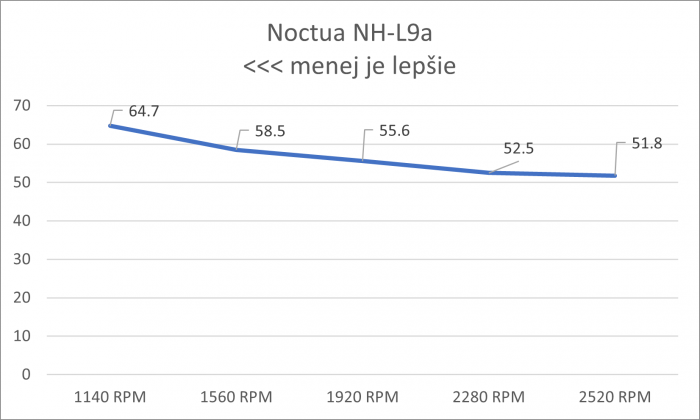 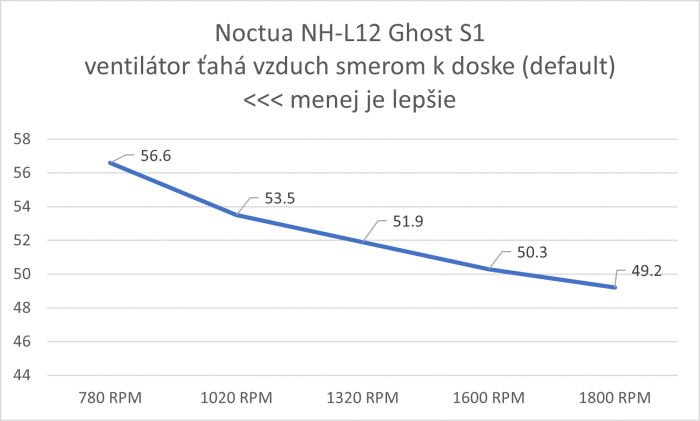 The Ghost S1 managed to work with 3400G very well and the difference from the smaller L9a is instantly visible. It is clear, that the Ghost S1 manages to cool the processor even at much lower speeds than L9a. 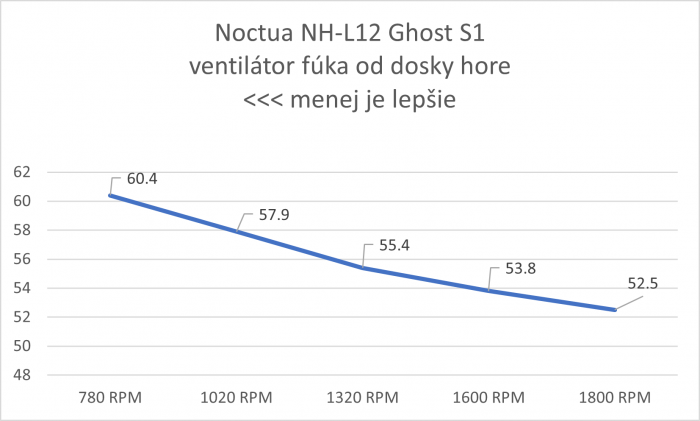 Changing the fan´s orientation is not worth it, the temperatures got worse at average by 3,7 degrees Celsius. Noctua knows what they are doing... 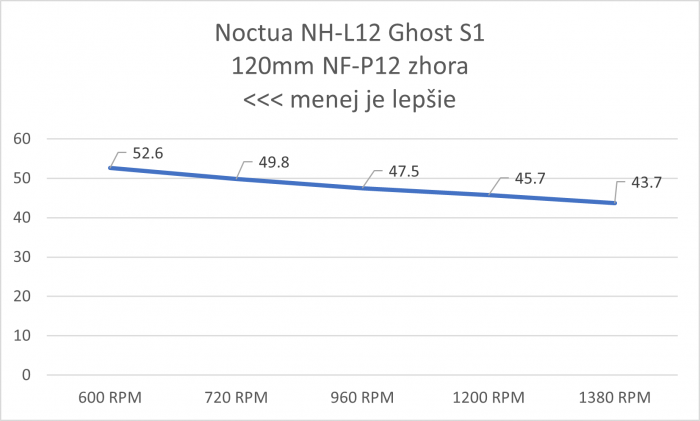 The bigger fan makes literally wonders. Up to 1000RPM it reduced temperatures by another at average 6,4 degrees Celsius (as opposite to the fan, which sucks the air down). When comparing the power at 1380RPM (max. speed NF-P12) the difference is up-to 8,2 degrees. 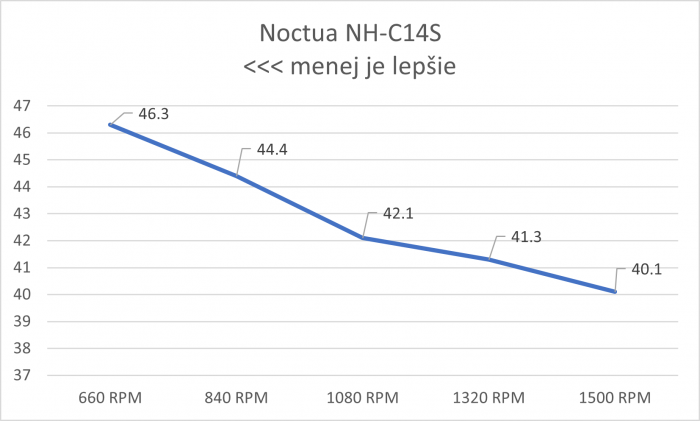 As I anticipated, the NH-C14S dominated the test, even at the lowest speed it beats the second best cooler at the maximum speed (Ghost S1 with fan blowing towards the board) by 2,9 degrees Celsius. The real competition would be the Ghost S1 with NF-P12 fan. 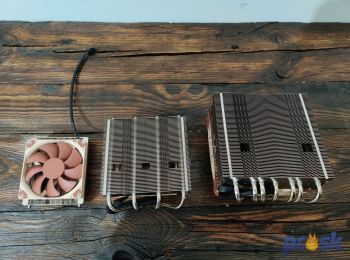 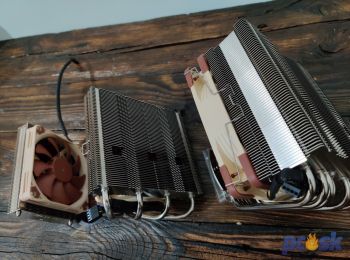