Question Lukas: What was the turning point, that MASH got back on track

Jeff: I came on the show. Ratings went sky high.

Jeff continues: You are laughing but that’s the truth, Soon as I came to the show… 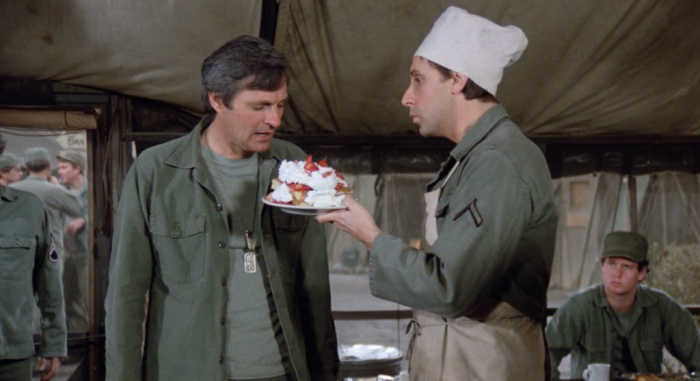 Ryan: I believe the turning point came and correct me if I’m wrong Jeff, but I think when 2 things happened. One was William Paley’s wife was a huge fan of the show. William Paley was the president of CBS and she really championed show to his husband and that MASH came back after 1st season was because of her support to the show. Another thing, I think helped the show was it was paired with All in the family which was juggernaut show on CBS, it was the biggest show on TV and they put it on after All in the family. And at that time, lead-end show was so important to a series like that because people didn’t have remote controls, they would have get up and walk across living room to change the channel and if they were lazy and didn’t want to do that, well when All in the family went of there was suddenly MASH and they say aaah well I will watch few minutes of this. And suddenly people were going wow this is pretty good.
I think also that writing, I mean Larry Gelbart was there for first 4 seasons and his writing was just implacable when it comes to comedy. But it was unlike any other show really on the air at that time and still to this day it’s unlike so many shows around here. People just didn’t know what to think of it at first, but it grew and more and more people gave it chance and before you know it they were really invested in these characters, these actors and story lines and I think there was just rare combination of several different things that had to happen did happen all at the same time.

Jeff Nods and continues: Also I think that Gene Reynolds who was the executive producer was highly respected by the network and he had produce lot of TV shows before MASH so he had a lot of history there and I believe from what I understand and I wasn’t in the room to hear the conversations, along with everything Ryan said, I also think that Larry Gelbart and Gene Reynolds went to the network and probably begged…

Jeff continues: Or at least sold the idea, that give us more time, its gonna work. And I think the network tough enough about Gene Reynolds and Larry Gelbart to finally go OK and maybe the wife came in and said: imitating now: yeah yeah come on do that…
That was probably kind of insulting wasn’t it to say that? I don’t know what she sounds like but it is possible

Ryan: That was spot on impersonation

Jeff: Am I gonna get sued? Is somebody gonna call me?

Jeff continues: You know they were respected, highly respected talents and so I think it was all those like Ryan said all those things sort of went into bag and they finally ok let's get them another season and it worked out.

Ryan continues: And it also takes little bit time for series to find its voice and define its footing.

Ryan continues: Initially there was that mix between zeine and takes in the front and halfway through the 1st season they dropped episode like: Sometimes you hear the bullet

Ryan continues: Which is a such a departure from whacky zeine thing that so many people thought it was. So, all of the sudden lot of people were taking notice: Oh this isn’t Hogens hero 2, this is something different, this is something special. But it took little bit of time for all those things to work out and by season 2/3 and moving forward it really found it’s footing and knew what it’s voice was. And of course, that voice changed even more as series went on too.

Jeff: And I came on the show.

Lukas: I will put that in some super bolt to highlight it

Jeff: I appreciate that 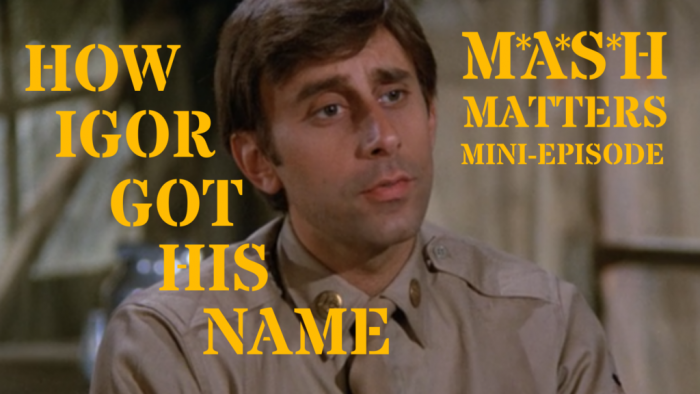